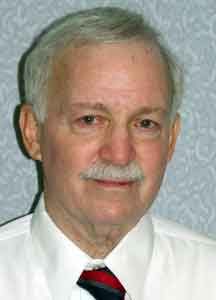 Robert Dresser was first appointed to the California Unemployment Insurance Appeals Board in February of 2011, and was reappointed in August of 2014 and served as Chair through 2017.  Chairman Dresser brought an enormous amount of experience and familiarity to the California Unemployment Insurance Appeal Board (CUIAB) to the department. He most recently served as Enforcement Counsel for the Contractors State Licensing Board from 2007 until his appointment to the Board at CUIAB in 2011, where he served as Chair from February 2011 to December 2016, and continues to serve as a Board Member. From 2002 to 2007, he served as General Counsel to the Labor and Workforce Development Agency. This agency oversees CUIAB and the Employment Development Department. He previously served as Chief Counsel (and former Interim Director) to the Department of Information Technology where he served as a senior legal advisor to the Director and State Chief Information Officer.

From 1992 to 2001, Member Dresser was an Administrative Law Judge at CUIAB assigned to the Appellate Unit. During that time, he also volunteered to conduct over 1,000 first level appeal hearings and issued decisions in those cases. From 1975 to 1992, he held different assignments at the Agricultural Labor Relations Board (ALRB). From 1984 to 1992, he was ALRB Senior Board Counsel III and from 1981 to 1987, he was the Supervising Attorney for the ALRB Office of the Executive Secretary. From 1978 to 1981, he was the Director of the ALRB Office of Agency Communications. Between 1976 to 1978, Member Dresser served as the Regional Director of ALRB’s Fresno Office after starting at ALRB in 1975 as a Staff Counsel. He began his California legal career in 1969 as an attorney for Community Legal Services in San Jose, California.

Prior to practicing law in California, Member Dresser served as a VISTA lawyer in Austin, Texas and was instrumental in the start of the Texas Rural Legal Assistance program, which began in 1969 and is still in operation. He is a graduate of Stanford Law School and holds a Bachelor of Arts from Dartmouth College.